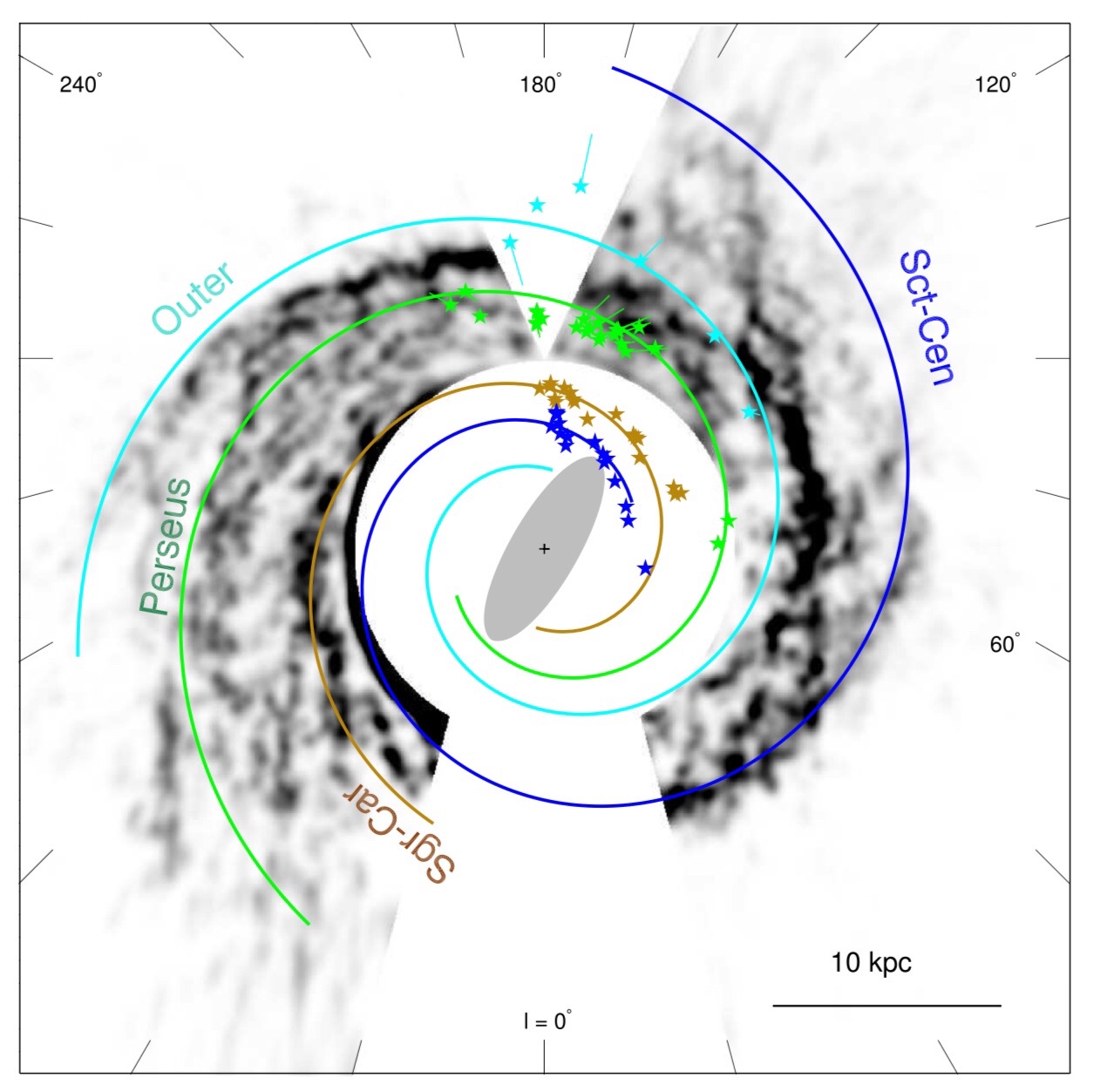 We present a new face-on map of dense neutral atomic hydrogen ({{H}} i) gas in the outer Galaxy. Our map has been produced from the Leiden/Argentine/Bonn {{H}} i 21 cm line all-sky survey by finding intensity maxima along every line of sight and then by projecting them on the Galactic plane. The resulting face-on map strikingly reveals the complex spiral structure beyond the solar circle, which is characterized by a mixture of distinct long arcs of {{H}} i concentrations and numerous “interarm” features. The comparison with more conventional spiral tracers confirms the nature of those long arc structures as spiral arms. Our map shows that the {{H}} i spiral structure in the outer Galaxy is well described by a four-arm spiral model (pitch angle of 12^\circ ) with some deviations, and gives a new insight into identifying {{H}} i features associated with individual arms.