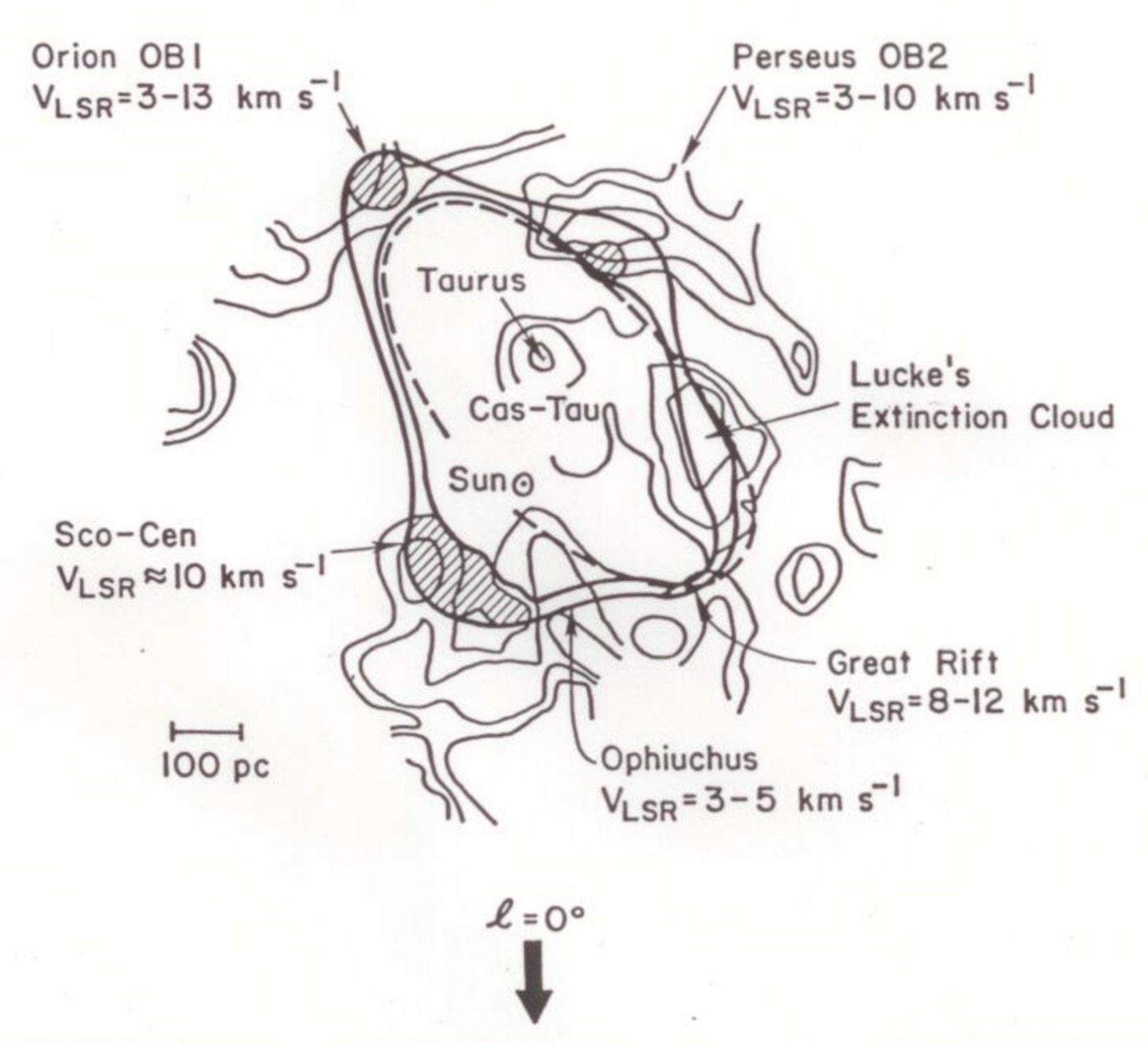 Gould’s Belt is a flat local system composed of young massive stars of spectral types O or early-type B (OB stars), molecular clouds, and neutral hydrogen within 500 pc of the Sun. It is inclined by about 20 degrees to the galactic plane. Its kinematics is very different from the motions of older stars, and its velocity field shows motion that significantly deviates from rotation around the distant center of the Milky Way. Gould’s Belt expands and revolves around a local nearby center in the direction of the Cassiopeia-Taurus OB association. We discuss possible models of its origin: free expansion from a point or from a ring, expansion of a shell into the smooth or porous interstellar medium, and a collision of a high-velocity cloud with the plane of the Milky Way. Some of these anomalous motions may have originated in phenomena generated by supernova explosions. The models match the elliptical shape of Gould’s Belt; however, its observed inclination and rotation do not fit. Currently, no convincing model exists. Similar structures are identified in the distribution of neutral hydrogen atoms and molecules in our own and other nearby galaxies.