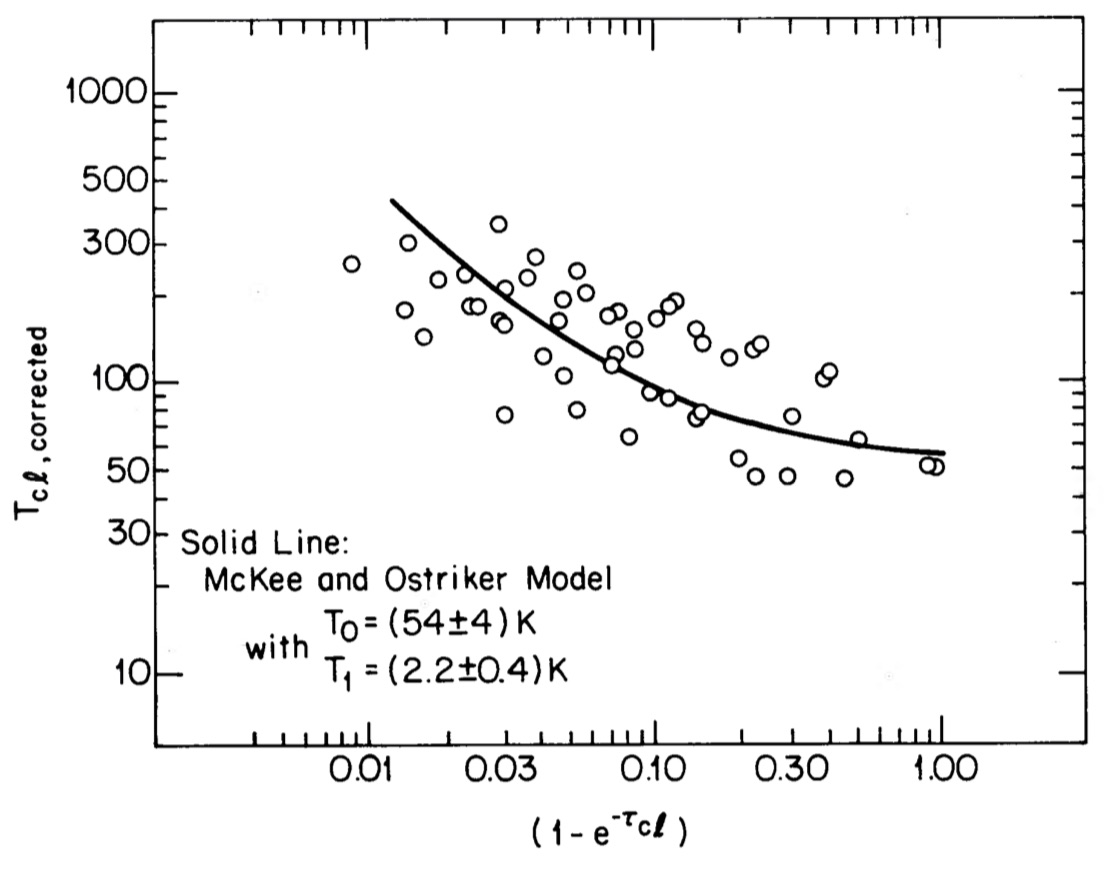 Arecibo 3-arcsec beam neutral hydrogen emission-absorption observations are analyzed, and spin temperature results in the direction of ‘small’ and ‘large’ extragalactic sources are found to be statistically similar. The variations in derived spin temperature from case to case are threrefore real. The mean emission temperature as a function of velocity is determined for widely dispersed warm material which is independent of a cloud and not strongly absorbing. Correcting the emission-absorption data for the contribution of this material’s emission yields harmonic mean cloud spin temperatures which vary approximately as the -1/3 power of the cloud optical depth. It is not yet known whether a measured cloud spin temperature represents a single gas temperature or a composite, as in the type of model proposed by McKee and Ostriker (1977).

Notes – from discussion
Statistical comparison of spin temperatures using “large” and “small” extragalactic sources and pulsar data (Dickey etal 1981) has also eliminated the subcloudlet model as a source of error (§ II). Mebold etal (1982) seem to reach different conclusions after decomposing the emission spectrum, i.e., large variations in spin temperature and little corre- lation, but the result of their analysis is quahtatively similar to our core/envelope decomposition in equation (14). 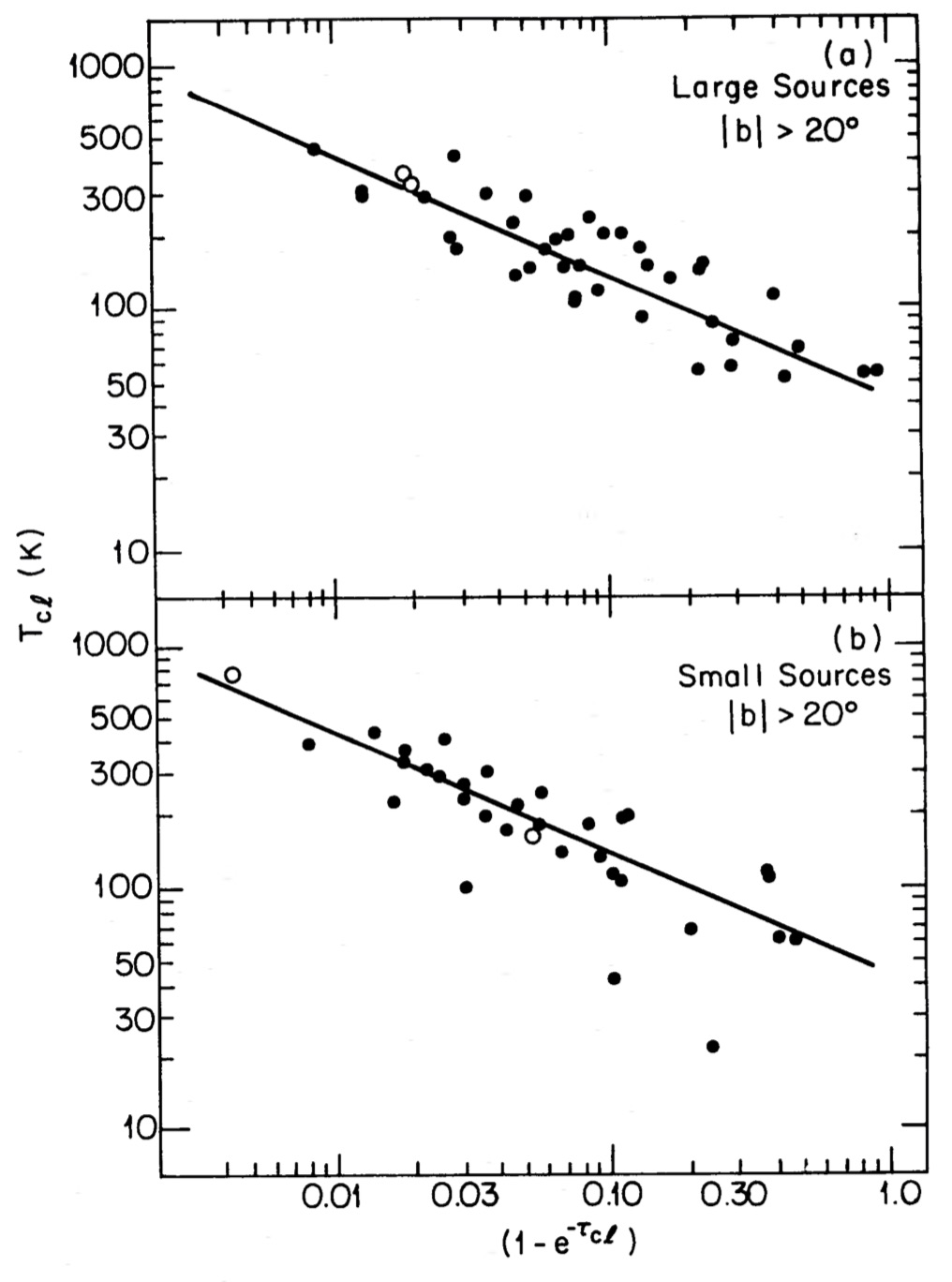 We do not attempt a general discussion of theoretical models of the neutral hydrogen component of the interstellar medium, but we make some comments on the model by McKee and Ostriker (1977), which inspired the form of our equation (14). In keeping with the older “two-phase model” (Spitzer and Tomasko 1968; Field, Goldsmith, and Habing 1969), this model assumes pressure equilibrium between two stable phases—cloud cores at – 80K and warm Hi material at ~8000K, heated by cosmic rays and soft X-rays. Unlike the older work, McKee and Ostriker (1) associate the warm material with envelopes around cloud cores, (2) include softer X-rays which could not penetrate the cloud cores, and (3) assign a fairly small filling factor to the warm neutral hydrogen with tenuous material at ~ 10^6 K occupying most of the interstellar volume. As discussed above, the core/envelope nature of this model predicts quantatively the shape of the relation in Figure 8, but it has a severe energy/column density problem as does the older model. With the assumed X-ray energy input and assumed pressure, McKee and Ostriker’s model can support only ~5% of the total column density N_tot as warm H I, compared with our NSA material of ~ 50%. Because of the nature of the cooling function, postulating cloud material at 300-1000 K, say, at pressure equilibrium would only increase the problem.