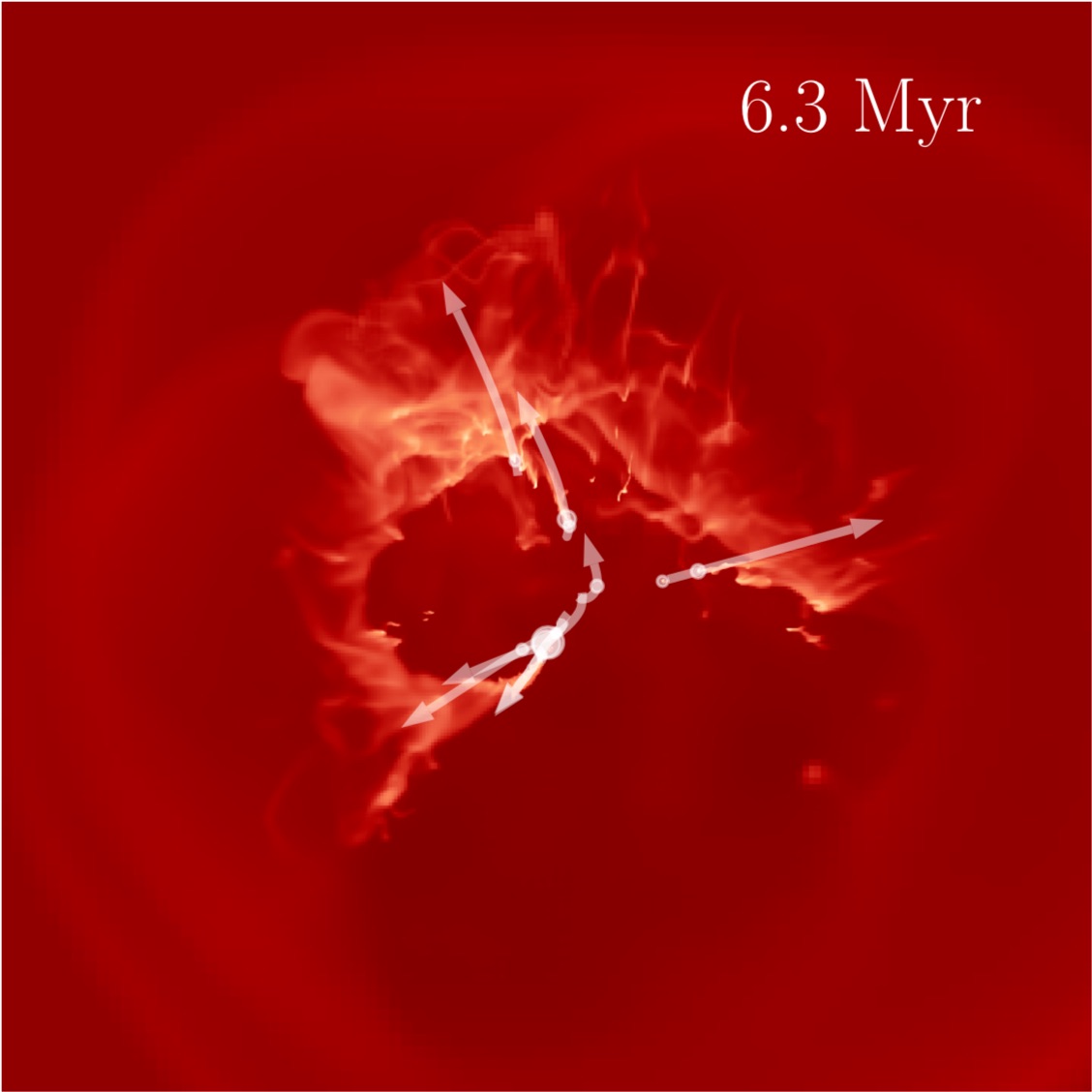 Molecular clouds are turbulent structures whose star formation efficiency (SFE) is strongly affected by internal stellar feedback processes. In this paper we determine how sensitive the SFE of molecular clouds is to randomised inputs in the star formation feedback loop, and to what extent relationships between emergent cloud properties and the SFE can be recovered. We introduce the yule suite of 26 radiative magnetohydrodynamic (RMHD) simulations of a 10,000 solar mass cloud similar to those in the solar neighbourhood. We use the same initial global properties in every simulation but vary the initial mass function (IMF) sampling and initial cloud velocity structure. The final SFE lies between 6 and 23 percent when either of these parameters are changed. We use Bayesian mixed-effects models to uncover trends in the SFE. The number of photons emitted early in the cluster’s life and the length of the cloud provide are the strongest predictors of the SFE. The HII regions evolve following an analytic model of expansion into a roughly isothermal density field. The more efficient feedback is at evaporating the cloud, the less the star cluster is dispersed. We argue that this is because if the gas is evaporated slowly, the stars are dragged outwards towards surviving gas clumps due to the gravitational attraction between the stars and gas. While star formation and feedback efficiencies are dependent on nonlinear processes, statistical models describing cloud-scale processes can be constructed.