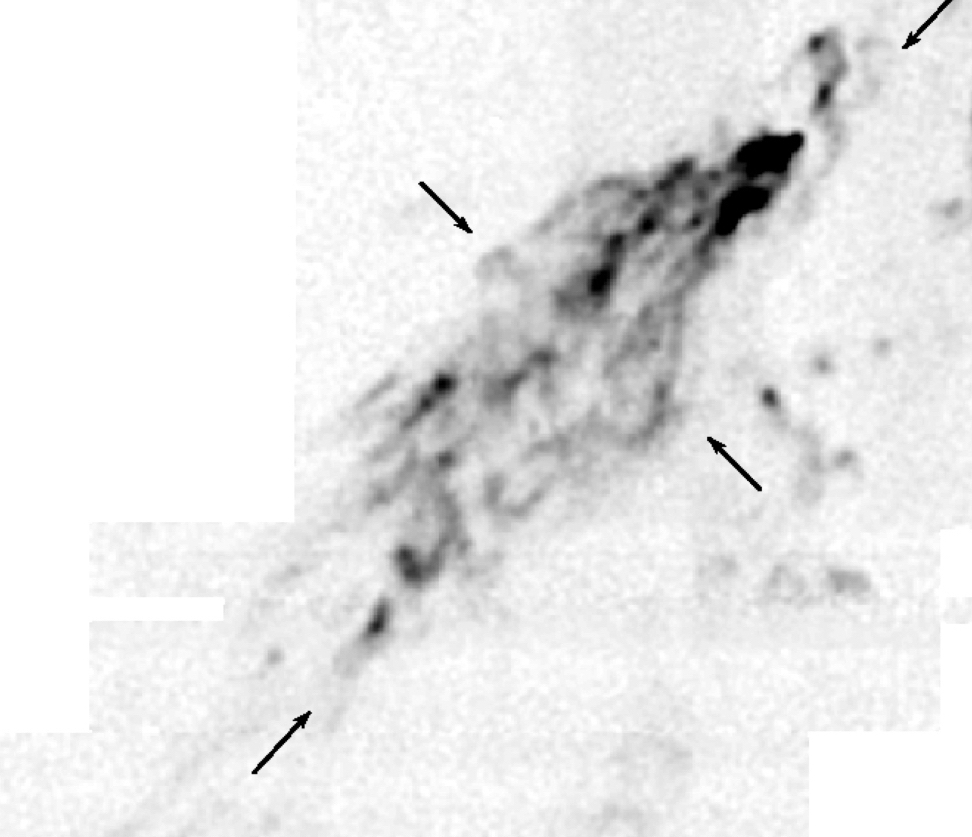 New 21 cm H I observations made with the Green Bank Telescope show that the high-velocity cloud known as the Smith Cloud has a striking cometary appearance and many indications of interaction with the Galactic interstellar medium. The velocities of interaction give a kinematic distance of 12.4 +/- 1.3 kpc, consistent with the distance derived from other methods. The Cloud is >3 × 1 kpc in size, and its tip at (l, b) ≈ 39°, -13° is 7.6 kpc from the Galactic center and 2.9 kpc below the Galactic plane. It has >106 M&sun in H I. Its leading section has a total space velocity near 300 km s-1, is moving toward the Galactic plane with a velocity of 73 +/- 26 km s-1, and is shedding material to the Galaxy. In the absence of drag, the Cloud will cross the plane in about 27 Myr. The Smith Cloud may be an example of the accretion of gas by the Milky Way that is needed to explain certain persistant anomalies in Galactic chemical evolution.