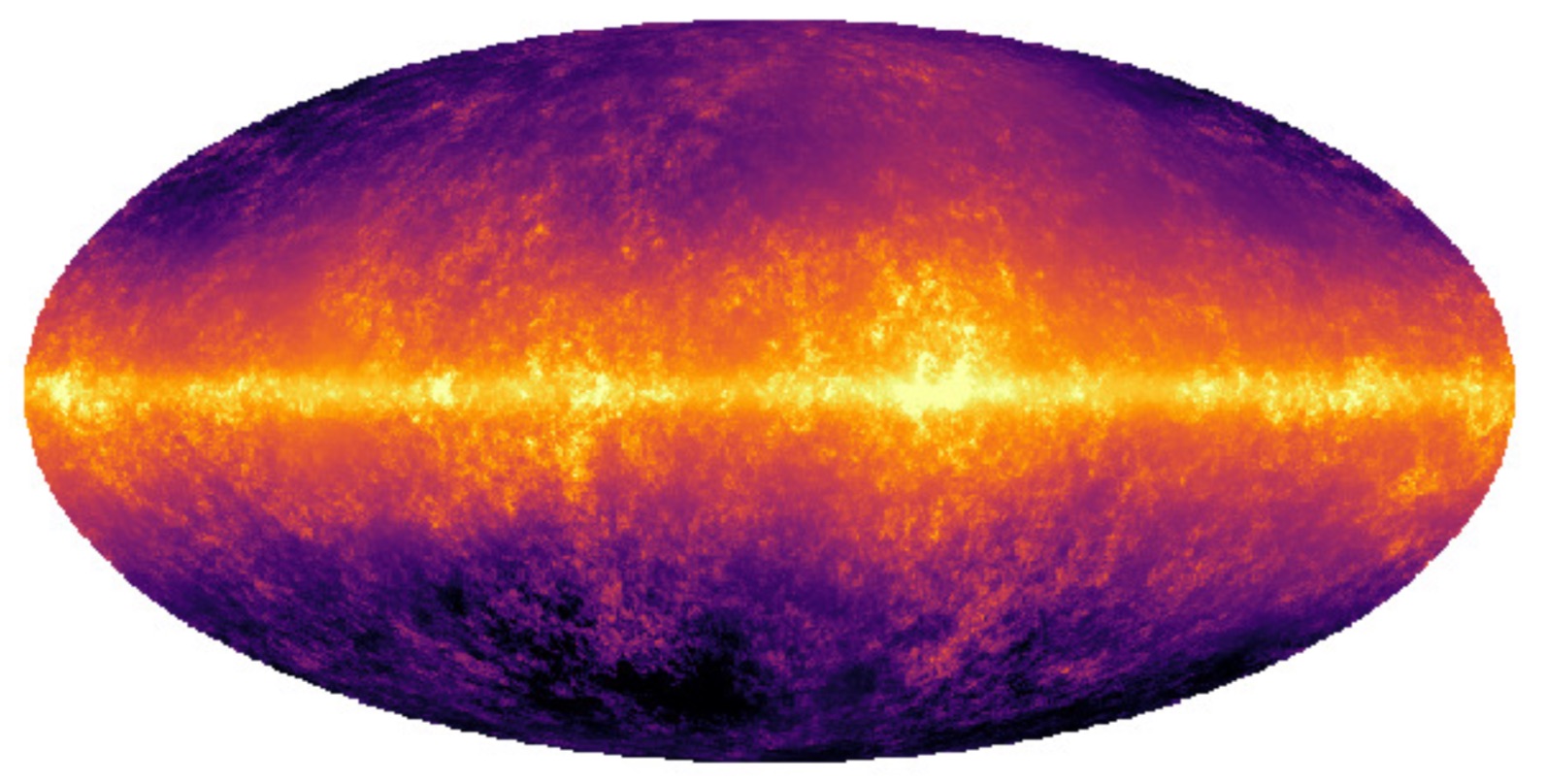 Galactic all-sky maps at very disparate frequencies, like in the radio and $\gamma$-ray regime, show similar morphological structures. This mutual information reflects the imprint of the various physical components of the interstellar medium. We want to use multifrequency all-sky observations to test resolution improvement and restoration of unobserved areas for maps in certain frequency ranges. For this we aim to reconstruct or predict from sets of other maps all-sky maps that, in their original form, lack a high resolution compared to other available all-sky surveys or are incomplete in their spatial coverage. Additionally, we want to investigate the commonalities and differences that the ISM components exhibit over the electromagnetic spectrum. We build an $n$-dimensional representation of the joint pixel-brightness distribution of $n$ maps using a Gaussian mixture model and see how predictive it is: How well can one map be reproduced based on subsets of other maps? Tests with mock data show that reconstructing the map of a certain frequency from other frequency regimes works astonishingly well, predicting reliably small-scale details well below the spatial resolution of the initially learned map. Applied to the observed multifrequency data sets of the Milky Way this technique is able to improve the resolution of, e.g., the low-resolution Fermi LAT maps as well as to recover the sky from artifact-contaminated data like the ROSAT 0.855 keV map. The predicted maps generally show less imaging artifacts compared to the original ones. A comparison of predicted and original maps highlights surprising structures, imaging artifacts (fortunately not reproduced in the prediction), and features genuine to the respective frequency range that are not present at other frequency bands. We discuss limitations of this machine learning approach and ideas how to overcome them.