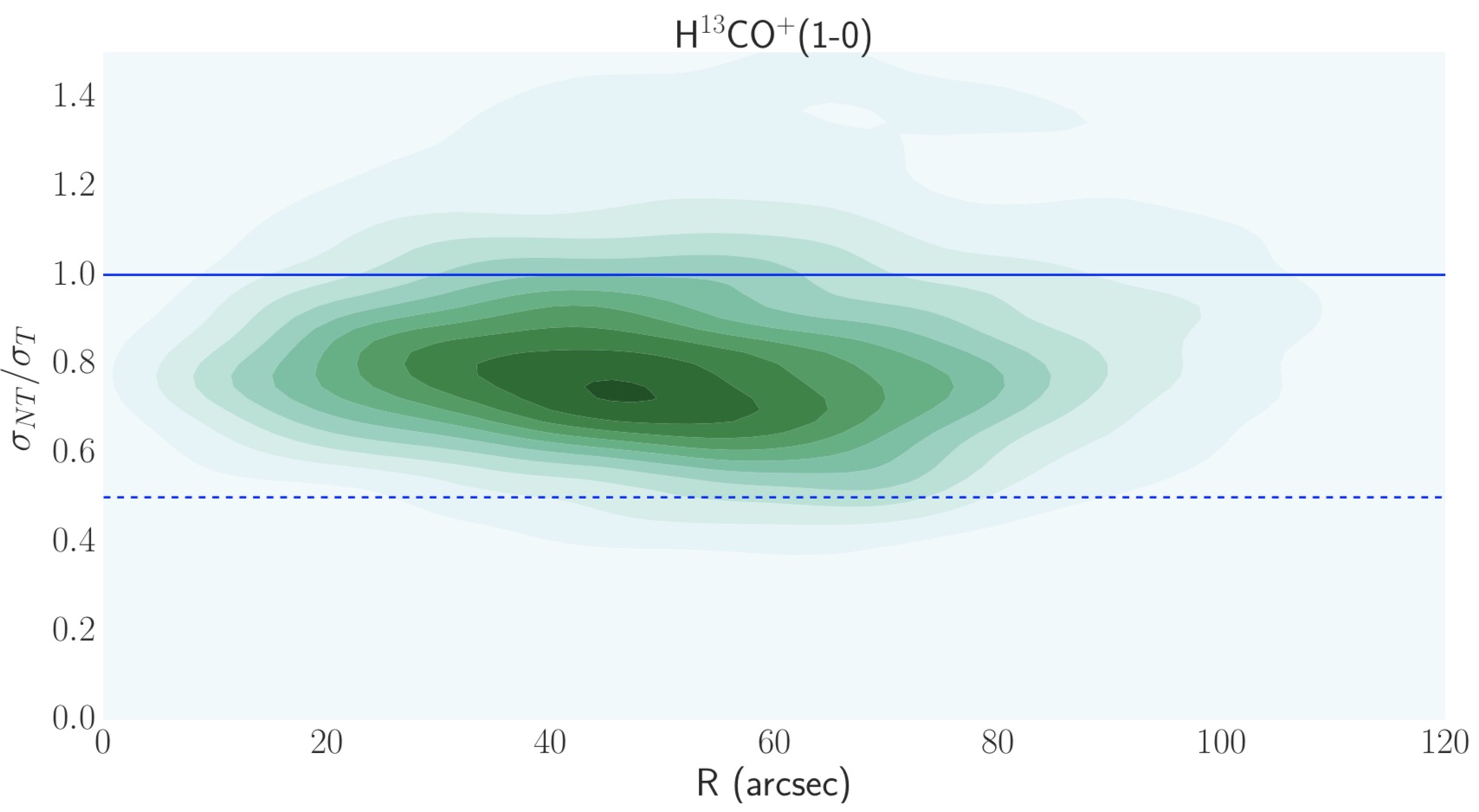 We study the kinematics of the dense gas of starless and protostellar cores traced by the N2D+(2-1), N2H+(1-0), DCO+(2-1), and H13CO+(1-0) transitions along the L1495 filament and the kinematic links between the cores and the surrounding molecular cloud. We measure velocity dispersions, local and total velocity gradients and estimate the specific angular momenta of 13 dense cores in the four transitions using the on-the-fly observations with the IRAM 30 m antenna. To study a possible connection to the filament gas, we use the fit results of the C18O(1-0) survey performed by Hacar et al. (2013). All cores show similar properties along the 10 pc-long filament. N2D+(2-1) shows the most centrally concentrated structure, followed by N2H+(1-0) and DCO+(2-1), which show similar spatial extent, and H13CO+(1-0). The non-thermal contribution to the velocity dispersion increases from higher to lower density tracers. The change of magnitude and direction of the total velocity gradients depending on the tracer used indicates that internal motions change at different depths within the cloud. N2D+ and N2H+ show smaller gradients than the lower density tracers DCO+ and H13CO+, implying a loss of specific angular momentum at small scales. At the level of cloud-core transition, the core’s external envelope traced by DCO+ and H13CO+ is spinning up, consistent with conservation of angular momentum during core contraction. C18O traces the more extended cloud material whose kinematics is not affected by the presence of dense cores. The decrease in specific angular momentum towards the centres of the cores shows the importance of local magnetic fields to the small scale dynamics of the cores. The random distributions of angles between the total velocity gradient and large scale magnetic field suggests that the magnetic fields may become important only in the high density gas within dense cores.