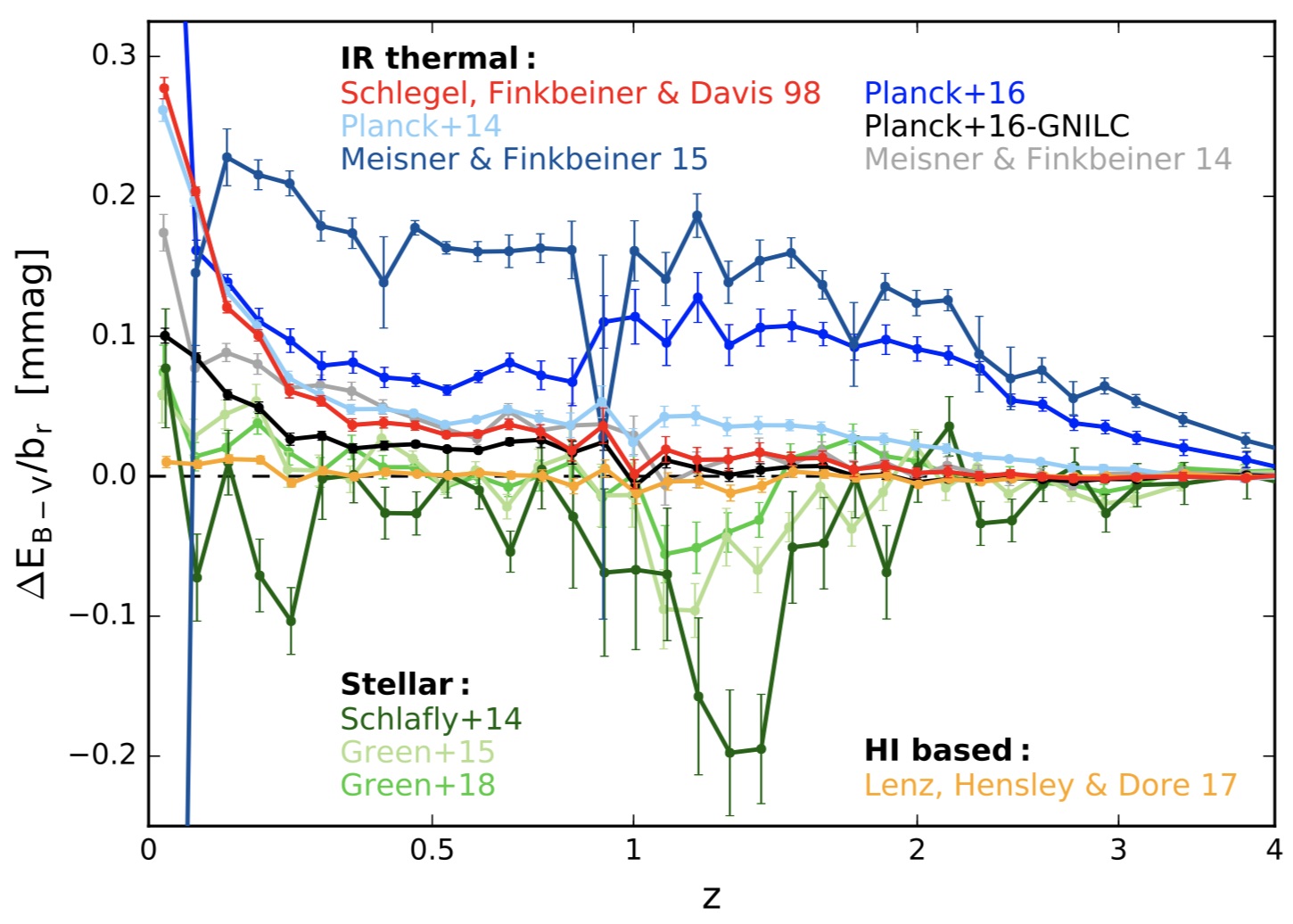 Extragalactic astronomy relies on the accurate estimation of source photometry corrected for Milky Way dust extinction. This has motivated the creation of a number of “Galactic” dust maps. We investigate whether these maps are contaminated by extragalactic signals using the so-called clustering redshift technique, i.e. by measuring a set of angular cross-correlations with spectroscopic galaxies and quasars as a function of redshift. Our tomographic analysis reveals imprints of extragalactic large-scale structure patterns in 9 (out of 10) Galactic dust maps, including all infrared-based maps as well as “stellar” reddening maps. When such maps are used for extinction corrections, this extragalactic contamination introduces redshift- and scale-dependent biases in photometric estimates at the milli-magnitude level. It can affect both object-based analyses such as the estimation of the Hubble diagram with supernovae as well as spatial statistics. The bias can be appreciable when measuring angular correlation functions with low amplitudes such as lensing-induced correlations or angular correlations for sources distributed over a broad redshift range. As expected, we do not detect any extragalactic contamination for the dust map inferred from the distribution of HI from 21cm observations. Such a map provides an alternative to widely used infrared-based maps but relies on the assumption of a constant dust-to-gas ratio. We note that using the WISE 12 micron map sensitive to Polycyclic Aromatic Hydrocarbons (PAH), an indirect dust tracer, we detect the diffuse extragalactic PAH background up to $z\sim2$. For precision cosmology experiments using optical photometry, we recommend to test the robustness of the final results against different dust maps used. Finally, we provide a procedure to correct for or decrease the level of biased magnitude corrections in maps with extragalactic imprints.