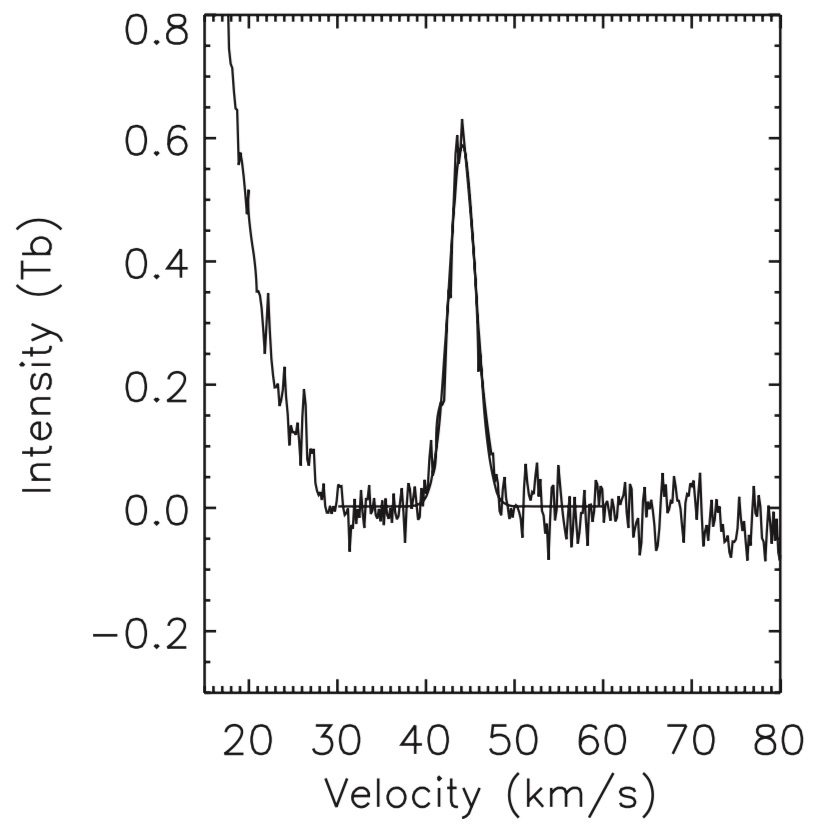 The Galactic Arecibo L-band Feed Array H I (GALFA-H I) survey is mapping the entire Arecibo sky at 21 cm, over a velocity range of -700 to +700 km s-1 (LSR), at a velocity resolution of 0.18 km s-1, and a spatial resolution of 3.5 arcmin. The unprecedented resolution and sensitivity of the GALFA-H I survey have resulted in the detection of numerous isolated, very compact H I clouds at low Galactic velocities, which are distinctly separated from the H I disk emission. In the limited area of ~4600 deg2 surveyed so far, we have detected 96 such compact clouds. The detected clouds are cold with a median T k,max (the kinetic temperature in the case in which there is no non-thermal broadening) of 300 K. Moreover, these clouds are quite compact and faint, with median values of 5 arcmin in angular size, 0.75 K in peak brightness temperature, and 5 × 1018 cm-2 in H I column density. Most of the clouds deviate from Galactic rotation at the 20-30 km s-1 level, and a significant fraction show evidence for a multiphase medium and velocity gradients. No counterparts for these clouds were found in other wave bands. From the modeling of spatial and velocity distributions of the whole compact cloud population, we find that the bulk of the compact clouds are related to the Galactic disk, and their distances are likely to be in the range of 0.1 to a few kpc. We discuss various possible scenarios for the formation and maintenance of this cloud population and its significance for Galactic interstellar medium studies.

This study highlights the presence in GALFA data of isolated cold clouds with almost perfect Gaussian emission spectra.
The median value of Gaussian width is sigma = 1.8 km/s. The velocity resolution of these data is 0.18 km/s.

The median size of the detected clouds is 5 arcmin, about twice the beam size of the observations.

Clouds are found at both positive and negative LSR velocities. Most of the clouds deviate from Galactic rotation at the 20–30 km s−1 level. The VLSR histogram has a nearly symmetric distribution around VLSR = 0 km s−1. A lack of clouds between −20 < VLSR < 5 km s−1 is not real, but due to difficulties in finding clouds in the presence of bright Galactic emission, 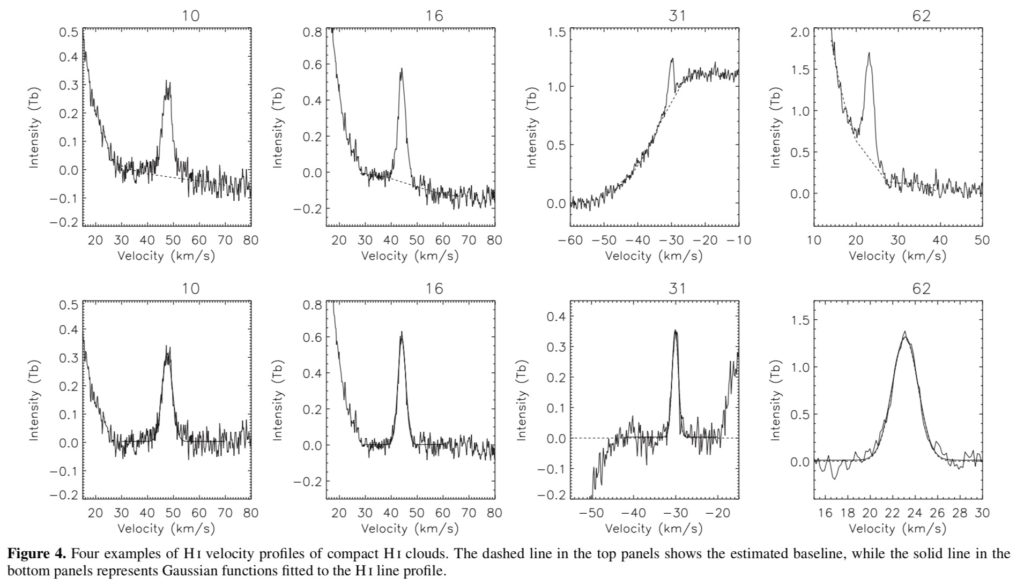 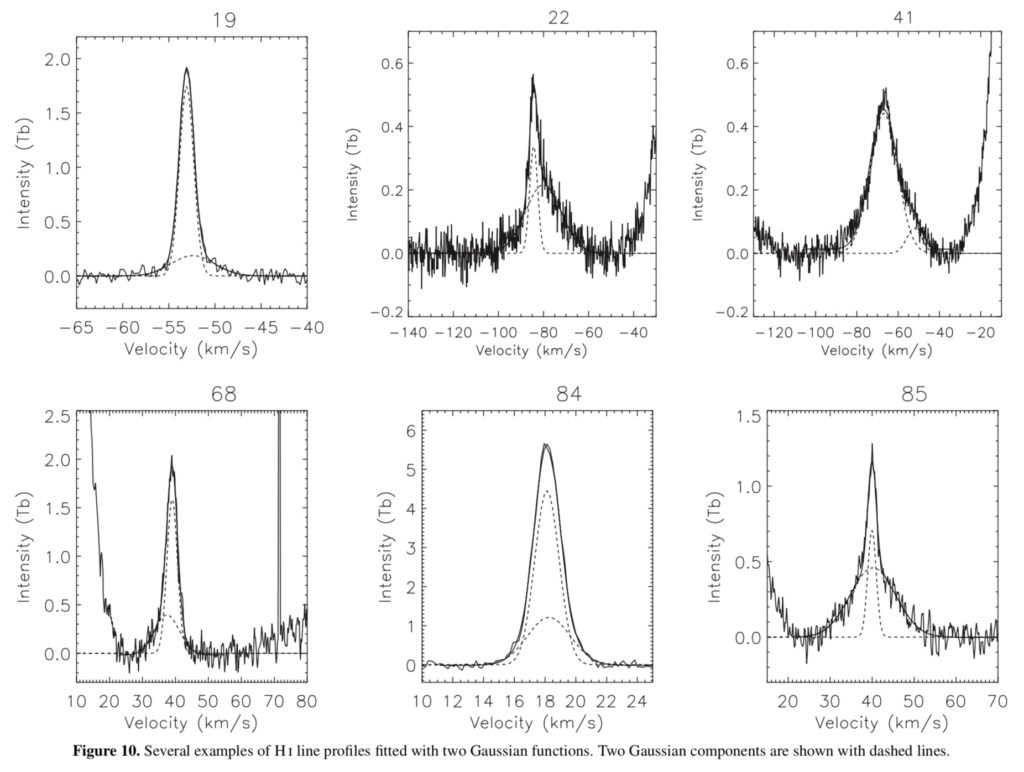