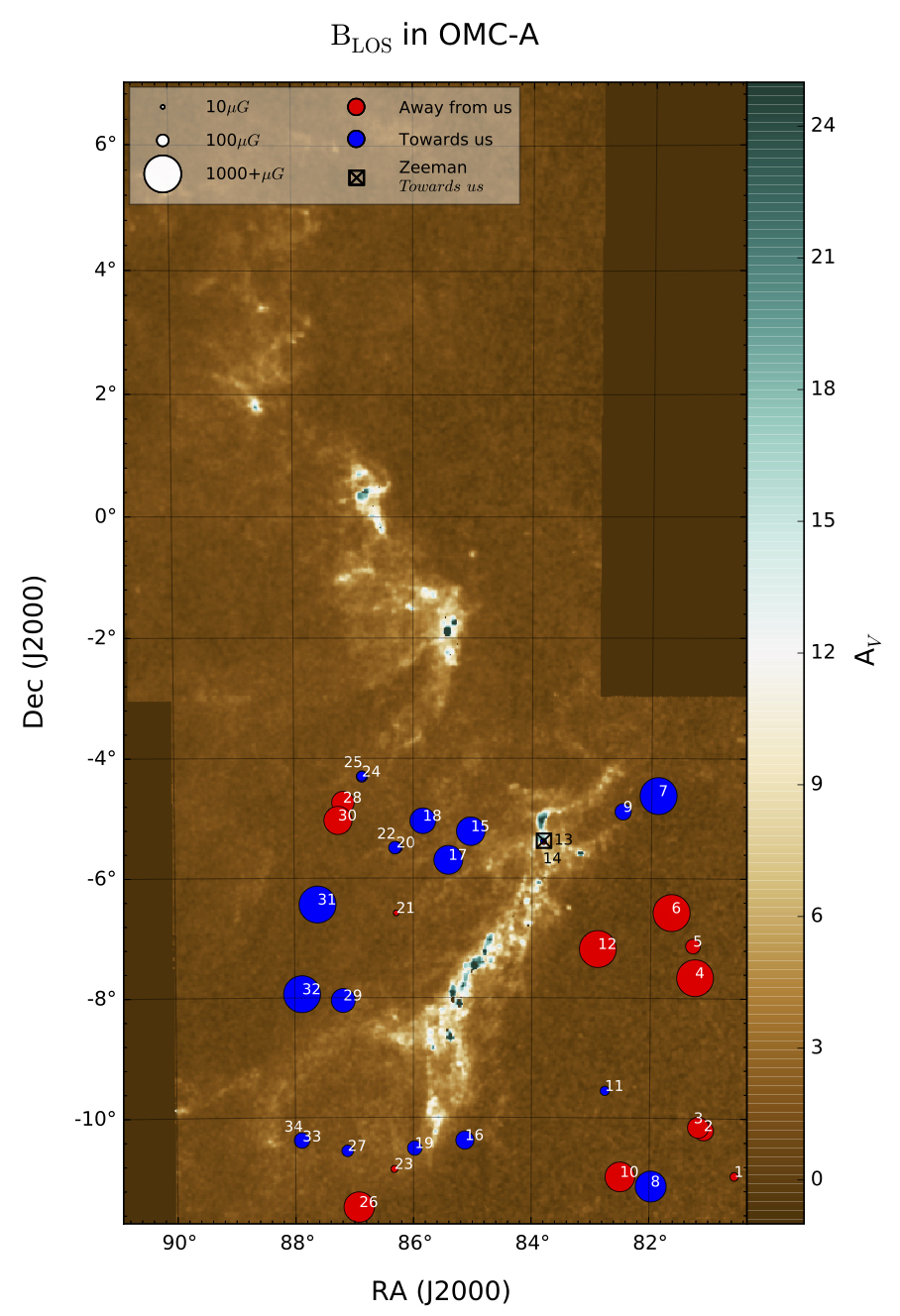 Context. Magnetic fields pervade in the interstellar medium (ISM) and are believed to be important in the process of star formation, yet probing magnetic fields in star formation regions is challenging.
Aims: We propose a new method to use Faraday rotation measurements in small-scale star forming regions to find the direction and magnitude of the component of magnetic field along the line of sight. We test the proposed method in four relatively nearby regions of Orion A, Orion B, Perseus, and California.
Methods: We use rotation measure data from the literature. We adopt a simple approach based on relative measurements to estimate the rotation measure due to the molecular clouds over the Galactic contribution. We then use a chemical evolution code along with extinction maps of each cloud to find the electron column density of the molecular cloud at the position of each rotation measure data point. Combining the rotation measures produced by the molecular clouds and the electron column density, we calculate the line-of-sight magnetic field strength and direction.
Results: In California and Orion A, we find clear evidence that the magnetic fields at one side of these filamentary structures are pointing towards us and are pointing away from us at the other side. Even though the magnetic fields in Perseus might seem to suggest the same behavior, not enough data points are available to draw such conclusions. In Orion B, as well, there are not enough data points available to detect such behavior. This magnetic field reversal is consistent with a helical magnetic field morphology. In the vicinity of available Zeeman measurements in OMC-1, OMC-B, and the dark cloud Barnard 1, we find magnetic field values of – 23 ± 38 muG, – 129 ± 28 muG, and 32 ± 101 muG, respectively, which are in agreement with the Zeeman measurements. Tables 1 to 7 are only available at the CDS via anonymous ftp to http://cdsarc.u-strasbg.fr (ftp://130.79.128.5) or via http://cdsarc.u-strasbg.fr/viz-bin/qcat?J/A+A/614/A100